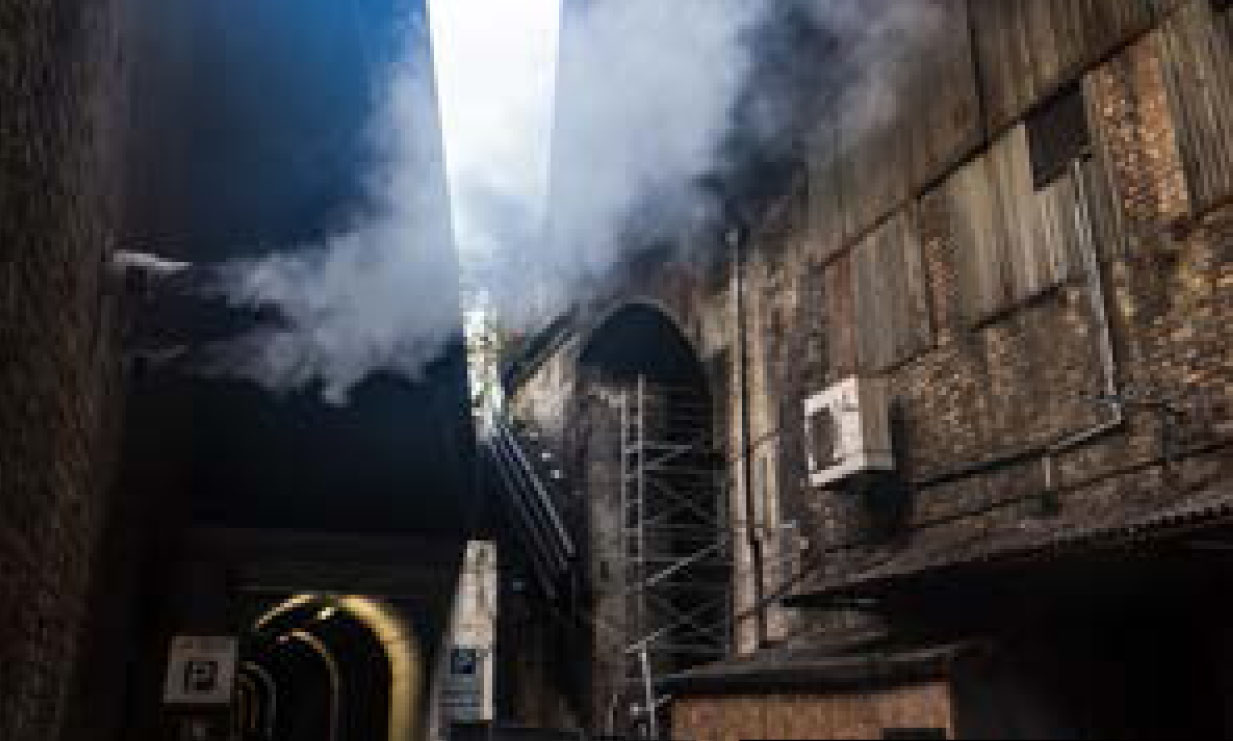 There is a real buzz in the lobby of the Guardian newspaper’s HQ in King’s Cross. It’s the opening of a new exhibition called ‘Made By Us’, and the work is exceptional. But what’s maybe even more amazing is that many of the photographers whose work is exhibited here had never picked up a camera before this year. Many of them still don’t own one. And they certainly didn’t think they’d have their work shown in an exhibition like this.

These young photographers are homeless. And ‘Made by Us’ is about showing people that they have something to say.

Accumul8 is a project that describes itself as a social enterprise helping young, homeless people “explore their creativity” through photography, filmmaking, creative writing and illustration. The project is ongoing, and this photographic exhibition is the end result of a course that runs for two hours a week over four months.

The latest exhibition came along at a time when the Evening Standard was running a series of headlines about young people and the supposed epidemic of knife crime in the capital. And it’s not just the media reducing young people to violent maniacs: it seems across the board millennials are fair game for criticism for everything from their addiction to social media to their vacuous self-obsession.

My instinct when I hear these views about a generation that is in fact probably more politically active than the previous one is to spring to the defence of the young. But as I looked round this exhibition it dawned on me; they don’t need defending. Young people are more than capable of speaking for themselves. Society just needs to pay attention, and this is at the heart of everything Accumul8 is about. It’s a project that gives young people the skills, confidence and opportunity to express themselves.

Marice launched Accumul8 after the North London YMCA approached her in her role as the founder of the Crouch End Festival. They wanted to explore ways the two organisations could collaborate on a project that would use the skills and talents of local artists to encourage the creative potential of the young, homeless people living at the hostel.

Marice said: “This was a really new and innovative project for them. It wasn’t coming from a usual ’supplier of services’, so it took a real leap of faith on their behalf to give the go-ahead.”

Now Accumul8 is working with nine hostels across London and collaborates with Ravensbourne college – tutors and students work with participants.

Workshops take place in different locations across London, including the Tate Modern and the Barbican, with their creative work featured on telly, in national newspapers and at exhibitions like this one.

The project has been about collaboration at every stage, and the building of ’strong and lasting relationships’ with hostels has been key to its success. And there has been plenty of help on hand, from the community, from designers, web people, volunteers and venues etc.

At the exhibition, participants talk with genuine enthusiasm about Accumul8 and the numerous qualities the course has helped them with, including self-motivation, pride, self expression, understanding of other cultures, tolerance of different views and communication skills. It is obvious that they are genuinely inspired and there is no hint of coaching in what they say. This comes from the heart.

As Jayakrishanth Narayanan tells me: “Photography takes me through a different thought process as I move through my environment. Now I stop and look at the moments happening around me.” Everald James talks about the way photography encourages empathy: “When I take a photograph I don’t think about myself, I think about other people.’

The bottom line is summed up best by Jovan Washington, who says simply: “This project meant I could get out and about more. I saw a world far away from my four hostel walls and I got to meet new people.”

The program is not without it critics and some of them can be found on the Guardian [exhibition media partner] website’s chat boards. One person is adamant that these courses lead to nothing for example – it’s all just PR.

Others call for the need for changes in policy, seeing this as window dressing.

Marice, on the other hand, sees change coming from the young people. Her answer is to help them build the confidence they need to take the system on. She explains: “The issue is that we have to make the difference to people when they are young if we are to create critical change. We all recognise that mentoring, advice, guidance, etc can all help to change people’s lives, and intervention earlier is always better than later.”

And the criticism that Accumul8 is too small to make a real difference seems to be less an argument against the programme and more evidence of the need for more ventures like it.

There is legacy here too. In 2016 the Accumul8 scholarship was created for those hoping to study creative and digital media at Ravensbourne. This year, three scholarships have been made available to project participants.

Marice is both ambitious and optimistic for the future. "We would love for us to get our own art space – it’s a big ask, but if you don’t ask you don’t get.” Having met Marice and seen first-hand what she has done with Accumul8, I wouldn’t bet against her.

Jake Goode came to London in 1987 looking for work. There was none to be had in Liverpool, where he came from. At that time the national figure was over four million people. He found himself squatting on and off for the next 13 years.

“It was the best choice available,” he says. “But it also coincided with my belief about the use of empty places instead of leaving them empty.” He found himself squatting in several places from a house on a Council estate to a boat.

Now, of course, squatting in residential buildings is illegal. But for Goode, it was an option that allowed him to live a sort of life on the margins and kept a roof over his head. For many years this was as much as he and his partner Jo needed.

The big change came 23 years ago when Jo went to a talk about Augusto Boal and Forum Theatre, and theatre company Cardboard Citizens performed a piece.

“She came back full of enthusiasm and told me that this was the link we were looking for between politics and performance. Soon after, Jo was invited to be part of a show for the company as someone had dropped out. When the company found themselves short of another actor, Goode was in the right place at the right time and took his place.

“It was my first time on the stage as an actor, “ he says. “I remember arriving in Manchester, been giving some lines and that evening I was in front of an audience. Up until then all my income was cash in hand – we were living outside the system – so now looking back on it, Cardboard Citizens helped me to become part of society and I am very glad of that because it is hard to not be.”

He’s continued to be involved, accepting acting roles with the company ever few years but art has gone on to transform his life.

Along with Jo he founded Other Half Productions, which specialises in street theatre, cabaret and allows both to use their circus skills. And in 2014 the couple founded Just Play, a not for profit company teaching children across the world theatre and circus skills in recognition of their human right to play.

“We have gone to several places in the world where we perform and run workshops with children. It is something myself and Jo are passionate about.”

His advice for those feeling stuck? It’s simple he says. “Take advantage of every opportunity.” And you never know. There might be one around the corner.