Inside out: Prison art on show 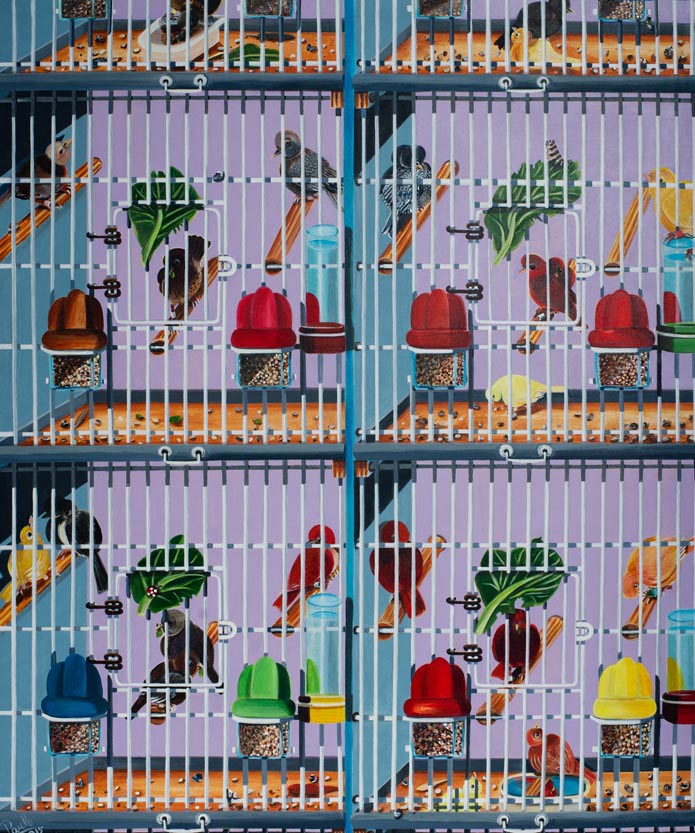 Painting from Memory, HMP Shotts, Silver Award for Theme: Journey © Koestler Trust
The British sculptor who created the iconic Angel of the North has curated a major exhibition of the work of prison artists


The British sculptor who created the iconic Angel of the North has curated a major exhibition of the work of prison artists serving time.

Antony Gormley, one of the UK’s most famous artists, has put together prison arts charity the Koestler Trust’s 10th annual exhibition. Held at the Southbank Centre in London from 21 September till 15 November, the works are by detainees in the UK’s prisons, secure hospitals and immigration removal centres as well as by ex-offenders in the community.

The Koestler Trust is the UK’s best-known prison arts charity. It runs the annual Koestler Awards to motivate people to take part in the arts and to show off the talent of people in the criminal justice system.

The works selected for the exhibition come from over 7,000 pieces of fine art, design, writing and music entered into this year’s Koestler Awards. Some of the artworks are for sale, with proceeds being divided between Victim Support, the Koestler Trust and the artists themselves.

Ex-offenders have also been trained and employed by the trust to provide guided tours and staff pop-up shops at the exhibition.

Antony Gormley, curator, said: “Art is a place in which you can do what you like. In the words of one prisoner: ‘in our minds, we can always be free”. I want this work to say something to all of us outside about what it feels like to be a detainee, inside.”

Sally Taylor, chief executive of the Koestler Trust, said that she was “thrilled” to have Gormley curate the show. “He is an inspirational figure and much-loved artist both for our entrants and for the general public,” she added. “We anticipate with great excitement a unique, provocative and thoughtful approach to the curation of the exhibition.”

As well as the Angel of the North, a 20-metre steel winged “angel” in Gateshead, Gormley is known for Another Place, a sculpture involving 100 cast iron figures facing towards the sea on Crosby Beach near Liverpool.

In 1994 he was awarded the Turner Prize and was quoted as saying he felt guilty and embarrassed to have won.

A separate exhibition by Koestler Trust Scotland will open at Glasgow’s Tramway exhibition space on 10 November. It is to be curated by Jenni Fagan, who wrote about the care system in The Panopticon, a reference to Jeremy Bentham’s 18th century concept for a prison designed so inmates could be unknowingly observed.

< Population explosion Experience: the outside inner >