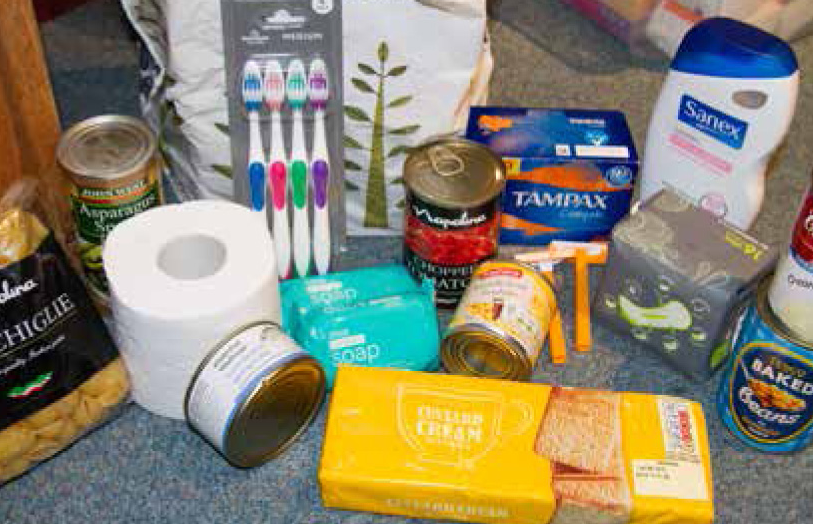 © Kate Vice
Starting a job and trying to cope till your first pay day is made extra hard if you are living on the street. Interview by Mat Amp

Starting a job and trying to cope till your first pay day is made extra hard if you are living on the street.

“People think because you’ve got the job that everything is going to fall into place immediately, but it doesn’t. You just face a whole set of different, more complicated problems,” says John (name changed). John has just got a job working 50 hours a week as a kitchen porter, but what turned out to be so tough was trying to get through to that first pay day whilst homeless.

“Sorting that first month out is impossible. Psychologically, physically and spiritually it takes your entire body and soul. I'm so stressed out and exhausted, but you can’t refuse the hours.”

John is scripted and has to pick up at his home chemist in Brixton despite working in North Kensington. Employment can be a massive problem for people who have to attend the chemist for regular pick-ups, especially if you work miles away from your designated chemist. They stopped John’s script when extra work hours prevented him attending the chemist for three days in a row, effectively leaving him without his medication until he could make another appointment with the service doctor. This takes a minimum of two weeks, so without help from friends, John would have been forced to score just to be well enough to go to work.

John said about picking up his medication, “You have to stand in line with all the other junkies, some of them are nodding off, and you can be there for 40 minutes. I don't use heroin anymore, so I feel like I’m paying for something I did in the past. You’re being looked at a certain way because you’re homeless and you’re looked at in a certain way because you’re a junkie. It’s nothing but an exercise in ritual humiliation.”

Once you make it through those long 30 days until you get paid you then have to find somewhere to live that doesn’t want a deposit. Every time you struggle to overcome a set of obstacles and get to the end of that particular tunnel you are confronted by more life problems.

But John has had some help with a few friends offering a sofa at least until he gets paid and he does offer a sliver of hope saying, “Even if it's the crappiest job in the world you tell yourself, ‘well I've survived on the street, so there’s gotta be a way to survive here’. And saying that I’ve had help from a few charities including the Ace of Clubs and Groundswell. It’s a good thing I’ve got friends.”

Charities: The Ace of Clubs in Clapham is the best place in South London to drop in for immediate help and information. Ask people at this fantastic frontline centre if you want to know something.
• http://aceofclubs.org.uk

Friends: If you’ve just got a job and you’re waiting to get paid let your friends know. If they know you’re making an effort they’ll be more likely to help you out. It’s just the way life is. Offer up a few quid and perhaps they’ll put up with you until you finally get paid.

Gyms for showers: Some gyms will provide discounts for homeless people wanting to use the showers at off peak times. If you can afford a gym membership it can be a great way of staying clean.

Go out: Try some of the free shows around the city. It sounds nuts when you’re struggling to find a place to stay, but sometimes it helps to pull your head out of survival mode.

Trussell Trust foodbanks gave out 1,332,952 three-day emergency food supplies (enough for 10 meals) to people in crisis during 2017– 2018. Many foodbank users have jobs or were unable to cover the cost of essentials when switched to Universal Credit. To get a foodbank referral ask your doctor, health visitors, social workers, Citizens Advice, or phone your nearest foodbank and ask for referral vouchers. The pic is of a typical foodbank parcel given out at the Gospel Centre, Wightman Road, N8, open Tuesday 6.30–8.30pm and Sunday 11.30am–1pm.

Tip: if you have a smartphone try using the OLIO or TooGoodToGo food sharing apps to pick up some free food.