On your feet again

Podiatrists can work magic on your feet, so can a pair of shoes that fits you well. Here’s what happens in Glasgow

Within Greater Glasgow & Clyde the health service employs David Hurrell as a podiatrist. He goes around the city helping the homeless with problems they have with their feet. Patients can access podiatry by referral from any of the wider health and social care team or they can attend drop-in clinics which are put on throughout the city.
David will treat patients who have problems with their feet, will give advice on footwear and foot care and will arrange to try and see the patients on a regular basis if they need podiatry treatment. He works as part of the health and social care team at Hunter Street Homeless Services in Glasgow. This allows quick referral to other services should the patient need this.
During the times when the night shelter is on, David also offers help to anyone who needs it, including footwear. The service has helped hundreds of people.

Case study A A patient attended with pain from his foot. The patient had a corn over his left 5th toe and signs of blistering over the back of his heel caused by shoes that did not fit.
The corn was taken away and there was an opening (ulcer) underneath which required a dressing and needed to be checked within the week. The patient was given new footwear and we made arrangements to meet up the next week.

Case study B This patient had an opening over her heel and several cracks in the skin. She is also a type 2 diabetic. Diabetes is very dangerous; it can damage the feeling in your feet and can damage the circulation to your feet as well. It is important that you check your feet daily and contact the podiatrist if you have any problems. The patient’s trainers were worn and wet. New footwear and socks were given along with advice. The area was treated and dressed so as to avoid it becoming infected. An appointment was made which suited the patient so she could meet with the podiatrist the following week. 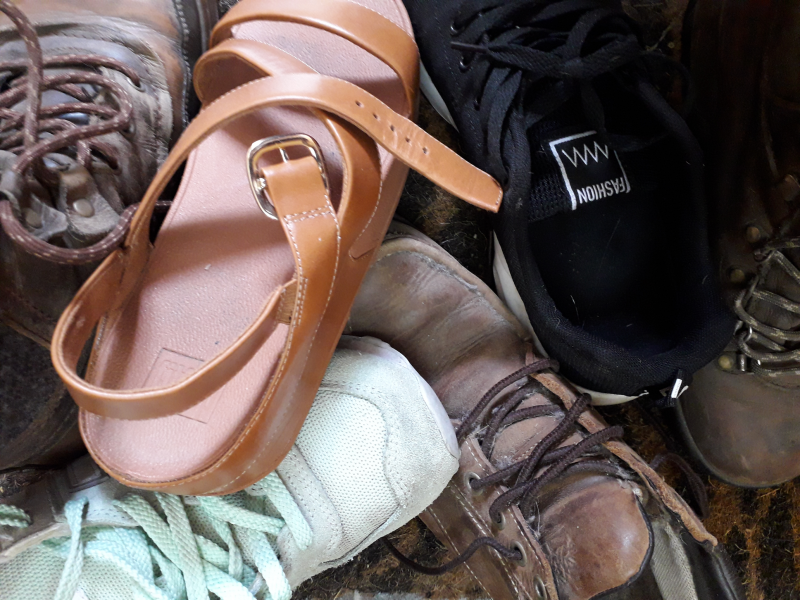 Case study C Patient was having problems with pain coming from his toenails. His toenails were ingrown, bleeding and had been hacked down the side. The areas were infected. This patient had poor circulation. If you have poor circulation it is really important to keep an eye on your feet and to contact the podiatry department if you have any problems. All the pieces of nail were removed, because some were painful, local anaesthetic was used. The areas were dressed with antiseptic dressings and the patient was given antibiotics to deal with the infection. The patient’s footwear was unsuitable and he was given a new pair of shoes. The patient made arrangements to meet with the podiatrist the next week.

Case study D This patient showed up complaining of heel and ankle pain. The patient was fitted with insoles which have made a difference to the way he walks, and he finds this is more comfortable now.

In Glasgow podiatrist David Hurrell will see anyone who asks to be seen by the service. He is at Hunter Street, can be seen in the Simon community HUB, goes around all of the projects in the city and will meet anyone at any of the day centres should they need podiatry treatment. Just ask.

Healthy feet checks
1. Toenails: Clip and file toenails, safely and keep them at a length which feels comfortable.
2. Skin: Check for cracks and breaks in the skin. Suitable footwear and dry, clean socks. Look for signs of infection (pain, redness, swelling or heat) or obvious early problems such as blisters and openings (ulcers) in the skin then seek professional advice.
3. Footwear: Check for comfort, fit, state of repair and safety