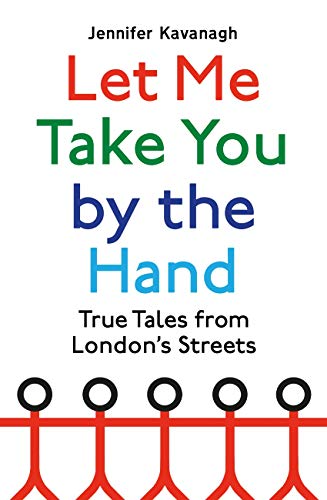 Bookworms:
Exciting news from the world of books. Author Jennifer Kavanagh’s latest work, Let Me Take You by the Hand, collects and maps stories of homeless people in London today. The book, released in early June and published by Little, Brown, features research and writing by the Pavement’s very own Mat Amp and Alastair Murray.
To find out more about the book, and where to purchase, visit here: littlebrown.co.uk/jennifer-kavanagh

So much for the Home Office being “truly sorry” for the woeful Hostile Environment policy, which was apparently disowned soon after an independent review into the Windrush scandal in 2018. More than 65 homelessness organisations signed a joint statement in May this year condemning government plans to use rough sleeping as grounds for removing someone from the UK. The government plans are part of a new immigration rule that criminalises and deports migrant rough sleepers. Liberty Investigates revealed in April that the Home Office had acknowledged the new rules may discriminate against ethnic minorities.

The Joseph Rowntree Foundation warned a wave of evictions would occur in England, as the government lifted the renter eviction ban on 31 May. About one million households fear losing their homes, as eviction bans are lifted and eviction notice periods drop from six to four months. Meanwhile, 400,000 renters have already received, or been told they will receive, an eviction notice. Research commissioned by the charity indicates people on lower incomes, Black and minority ethnic households had the highest levels of concern. The BBC quoted Joseph Rowntree Foundation economist Rachelle Earwaker warning she, “worried that there will be a wave of homelessness coming through."

According to BBC South West, families living in temporary accommodation in Cornwall have been removed from hotels to make way for paying customers wanting to visit the southern coastline. Approximately 130 people have been moved out of these hotels already. According to Olly Monk, councillor for Newquay Trenance, business owners now “want to get back to normality”, realising that “they can make more money going back to their normal business model.” The number of households in temporary accommodation in Cornwall more than doubled in 2020, with the council planning to invest £40m into increasing their emergency, long-term and specialist accommodation stock.

Changes to housing support came into force at the end of May, providing extra financial assistance to care leavers up to the age of 25 and anyone who has lived in a homeless hostel, regardless of age, for three months or more. The changes, which will see an increase to the Shared Accommodation Rate (SAR) and changes to the Local Housing Allowance (LHA), were originally set to be introduced in 2023, but have been brought forward. Minister for Welfare Delivery, Will Quince said, “these changes are an immediate boost for some of the most vulnerable young people in our community.”

Scotland introduced a temporary legal ban on evictions during the pandemic, but as the pandemic eases, and regions move into new ‘levels’ of restrictions, tenants have been sent eviction notices. Only days after Edinburgh moved into level 2, ending the legal ban on evictions, people from 16 separate households were brought before Edinburgh Sheriff Court facing eviction for rent arrears, Edinburgh Evening News reported in early June. Among the landlords rushing to serve pandemicstricken tenants with an eviction notice were Edinburgh council. A spokesperson for The Scottish Tenant’s Organisation called the legal action “ludicrous.”

Yes, it's an extender

Temporary measures brought in to house people experiencing homelessness during the pandemic in Scotland have been extended by an extra three months to 30 September 2021, Scottish Legal News reports. Measures allowing local authorities to shelter people sleeping rough or experiencing homelessness in hotels and B&Bs were due to expire on 30 June. Announcing the extension, Housing Secretary Shona Robison said: “We are extending these measures while the path of the pandemic remains uncertain, and will keep the situation under review.”