Big changes at The Big Issue 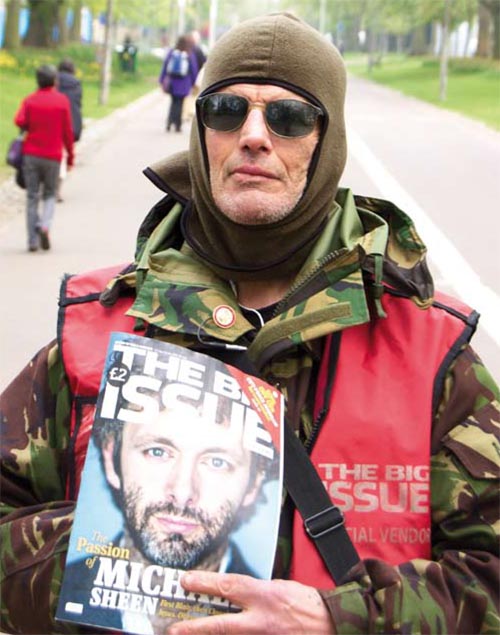 The Big Issue has revealed a raft of changes at the magazine including outsourcing services to Dennis Publishing and creating a new, nationwide edition.

The new partnership deal will see Dennis - publishers of magazines including MacUser, Viz, Auto Express and Bizarre - take over a number of services for the magazine such as subbing, design and production. This marks a big change for the magazine, which has always functioned as a not-for-profit organisation, though it stressed that plans would “only serve to benefit vendors”.

Lara McCullagh, spokeswoman for the magazine, said: “Our ability to support our vendors will only be enhanced via this partnership.”

But as well as a number of editorial duties, Dennis Publishing will also be taking over responsibility for generating advertising for the magazine, previously a source of finance for The Big Issue. The magazine wouldn’t reveal details of the deal, or of how any advertising revenue might be divided up between the companies. With a falling readership and a recession in full swing, it would be interesting to see how the magazine could improve profits by taking up with Dennis - owned by Felix Dennis, worth £500 million and ranked 134th in the Sunday Times Rich List.

“The specifics of the contractual arrangement are not available,” said Ms McCullagh, “however, we would assure all interested parties that The Big Issue aims to increase its profitability, thereby protecting its ability to support vendors.” She added that the move would result in only “minimal” job cuts - but any affected staff will be transferred to Dennis, which will then carry out a “review of its requirements”. “It is expected that the vast majority of staff will find a role and all possible measures are being taken to minimise job losses,” said Ms McCullagh.

The Big Issue will also start publishing a new-look national edition, rather than five separate regional magazines, with a combined push to take the magazine online. The new UK edition will be run from Glasgow with Paul McNamee, the existing Scotland editor, in charge.

The regional issues had lacked consistency in the past, McNamee told the Press Gazette. “It’s unhelpful for our readers and it doesn’t help our vendors.

“We always shared some copy, but with the bigger features there’s been a huge variation in the tone and content,” he said. “It makes sense to have a coherent, unified, single magazine.”

The Big Issue launched 20 years ago in a bid to offer homeless people “a hand up not a hand out”, with today’s 3,000 vendors buying the magazine for £1, and selling it for £2 to make a profit.

But circulation and readership numbers have dropped in recent years, falling from just under 250,000 a decade ago to a weekly circulation of 136, 018 in 2009.

It also lost more than £400,000 in the year ending March 2010 and over £386,000 the previous year. However, Ms McCullagh said: “Even when the company has run at a loss, it has still succeeded in its primary aim of putting millions of pounds annually into the pockets of homeless people.”

According to the magazine, it helped homeless people earn £8 million last year.

This comes at a time of change for the company, including a digital drive and a plan to equip vendors with iPhones in order to help them become “local reporters” and learn new skills.

But with vendors making their money by selling the magazine on the streets, how would the digitalisation of the Big Issue affect their profits - and their ability to earn cash? “As a social enterprise, The Big Issue’s primary focus is to provide homeless people with the means to earn an income,” concluded Ms McCullagh.

“We won’t go online and cut vendors out. We would not contemplate any development which sidelines vendors or threatens streets sales.”

Co-founder John Bird said in a statement: “The decision to amalgamate the regional editions of the magazine and to create one unified UK edition was taken to enable greater efficiency and the best use of our skill set.

“The move will also free up resources, allowing us to focus of new ventures, including development of a digital platform.”