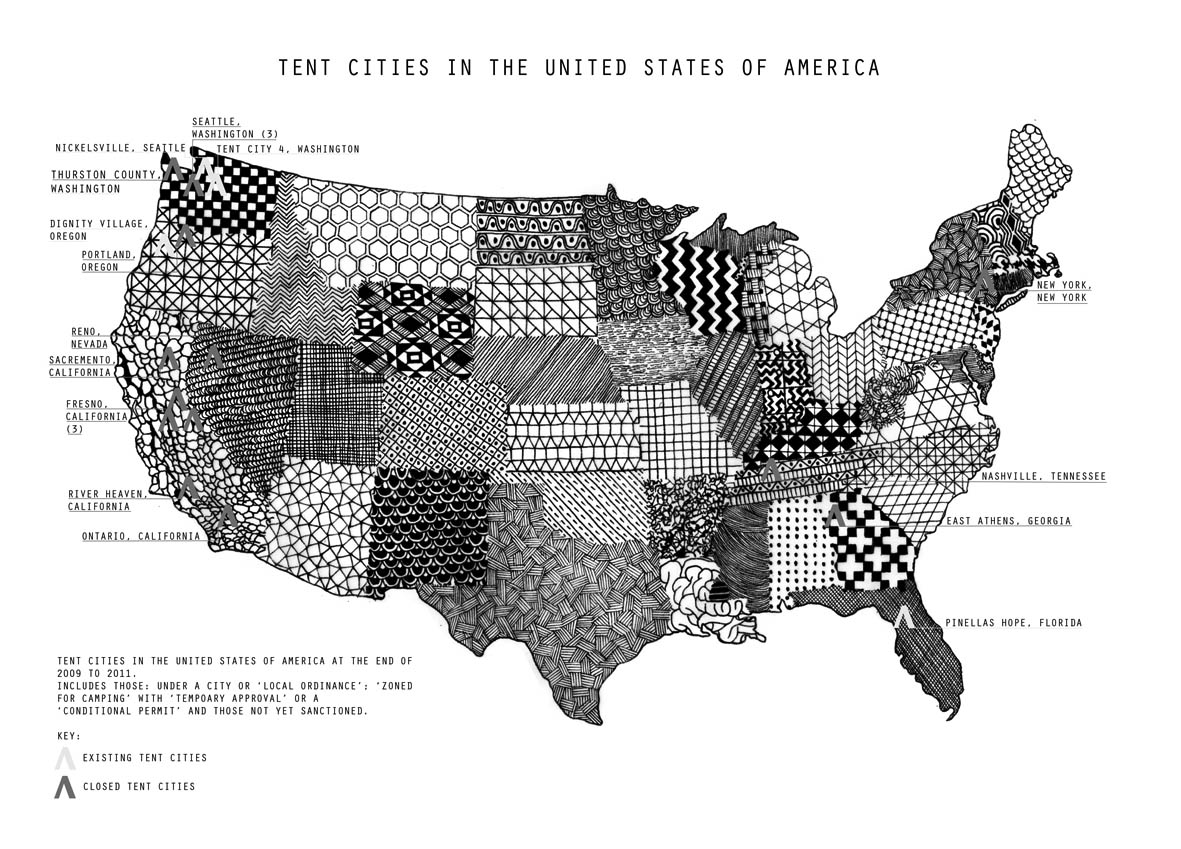 While the world’s media is busy focusing on the so-called Tent Cities of the Occupy movement, the Tent Cities of America’s homeless communities continue to come and go mostly unnoticed. Often forced into frequent location changes to comply with planning and housing laws, with the economical situation worsening, these tent cities remain a lifeline to many.

At the time of writing, the only three “sanctioned” tent cities, other than Oregon’s Dignity Village, are Pinellas Hope in Clearwater Florida, Nickelsville in Seattle, and Tent City 4 in Issaquah Washington. These Tent Cities in Florida and Washington have continued, against the odds, to provide housing to hundreds of people with nowhere else to go.

Celebrating its fifth birthday at the beginning of this month, Florida’s Pinellas Hope has shown impressive staying power. The 20-acre site provides a safe place to sleep as well as ongoing support for over 250 men and women. The community suffered a setback earlier this year when 100 of the tents were severely damaged by storms, but thanks to fundraising by the Catholic Charities who help run the site, most of this damage has since been repaired.

There was better news for Pinellas Hope residents in October, when employees from 11 local Home Depot department stores spent a day at the site. The volunteers helped to build platforms under the tents and a communal gazebo. The company also donated much needed items to the camp, including portable heaters that are vital to residents in the winter months, despite the mild Florida climate.

In Seattle, there was even better news for the residents of the Nickelsville tent city, when new legislation came into effect allowing a permanent site for the community.

September’s legislation means that the camp will no longer have to move around the city to comply with housing laws stating tent encampments must be temporary. The new legislation will allow tent cities to remain in location, if hosted by churches or faith groups, as long as basic health and safety requirements are met, indefinitely.

The law states: “The proposed legislation offers a reasonable and effective means to temporarily address homelessness in the city”.

Elsewhere in the state of Washington, the Tent City 4 community is currently in place at Issaquah’s community church, where it is able to remain until January 2012. The camp remains a roving camp at present as it must still comply with the states laws on tent encampments and move every 90 days.