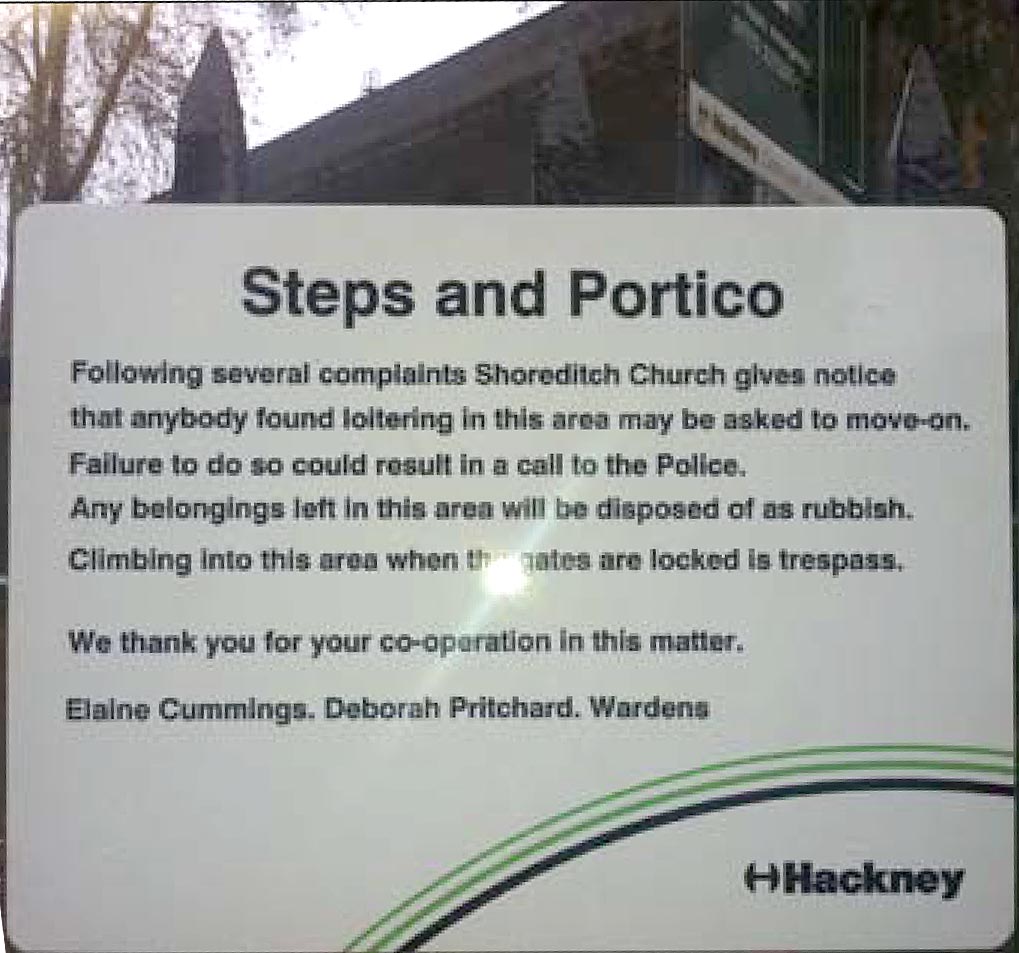 Photography by Jamie Welham ?Ç¬© 2011
The problem was drink and drugs, not homelessness, says vicar

A London church whose churchyard has been used by rough sleepers for years has put up signs banning “loitering” on its property, and warning that the police will be called to deal with anyone who refuses to move on.

The church’s vicar, Reverend Paul Turp - the inspiration for the character Reverend Adam Smallbone in the hit BBC comedy series Rev, which is filmed in the church - said that the decision was made after a number of violent incidents in the churchyard, including one in which a homeless man was attacked with bricks.

Two signs, one in English (pictured) and another in Polish, proclaim: “Following several complaints Shoreditch Church gives notice that anybody found loitering in this area may be asked to move on. Failure to do so could result in a call to the police.

“Any belongings left in this area will be disposed of as rubbish. Climbing into this area when the gates are locked is trespass.” It is signed by the Church wardens. Rev Turp said: “It got to the point where people wouldn’t come to the Church because it was too scary. We felt like we had lost control of the Church.

“There were a lot of drug dealers in the gardens and in the summer we found needles all over the grass.”

However, Rev Turp expressed sadness that recent press reports had assumed that the trouble had been caused by homeless people, saying: “Of the 17 regular people on our steps, only two were homeless and we offered accommodation to them. The rest had homes; the problem is drink and drugs.”

He added: “We provide for hot meal every Monday of the year as well as running residential units and a drop in. The work for homeless and deprived people has been greatly damaged by the uncontrolled violence and drug abuse.”