From prison to the streets 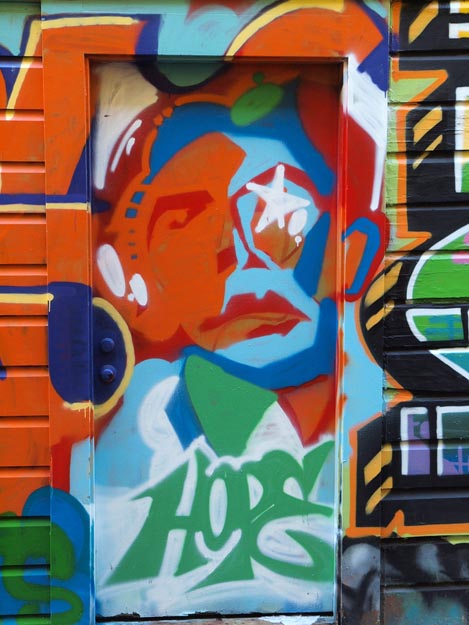 Hope © Franco Folini , Creative Commons
Why do so many people end up homeless after leaving prison?

Why do so many people end up homeless after leaving prison?

Leaving prison is a difficult time. There are so many adjustments to make: family to make up to; friends to reconnect to... and you may need to negotiate with some who could cause you harm.

And there are questions running through your mind: if you got clean inside, will you make it now you’re out? Are your benefits sorted? Will employers ever be able to see past criminal convictions?

It’s also time to find a new home. That’s not easy. If your sentence was13 weeks or more, your housing benefits will stop.

This means that for many people going to prison, pre-existing housing will no longer be available on release from prison.

If family and friends are not on your side, and the council don’t assess you as priority need, where do you go?

According to the Chain data – information centrally gathered about rough sleepers in London – 71 people on the streets of the UK capital gave their last settled address as prison.

Even more – 86 people, or three per cent, of rough sleepers said that the reason that they were homeless was that their jail sentence had come to an end.

(The most common reasons are eviction and family breakdown). 1,856 had experience of serving time in prison, a rise from 1,779 the previous year. In Westminster alone, 40 per cent of people sleeping rough have been in prison.

The Scottish Government revealed that in 2016–2017, six per cent of all applications for assistance with housing came from people being released from prison/ hospital/ care or another form of institution.

It’s even worse for women, three out of five of whom will end up homeless on release from prison. Last year it emerged that female prisoners leaving Bronzefield prison in Surrey were being given tents and sleeping bags on release.

Christine Buntrock, Operations Manager of Turning Point Scotland, which supports offenders leaving prison, said: “In our experience, housing and the risk of homelessness is a significant issue for people leaving prison.

“We believe more support should be available for people preparing to leave custody and once they return to their community.”

Daniel Lee, from London, knows what it’s like to find yourself street homeless after time in prison. He says he was lucky – he had family and friends who helped him out until he was back on his feet. But through his job as a case-worker in Ipswich for the St Giles Trust, a charity that supports offenders, he has met plenty of people who are not so fortunate.

Working with offenders from a local bail hostel, he is meant to help people access training, support and a job. But, in fact, an increasing amount of time is spent helping people with housing issues.

Many find themselves at the end of their stay in the hostel with nowhere to go. And if they don’t have a local connection, the council will refuse to house them. The only option open at that stage is to try to secure the rare bits of funding available to help people to get a deposit for a private let, along with enough to pay the rent until the funding comes through. It’s not easy. “If your basic needs are met, then you can function,” he says. “You can’t expect anyone who is homeless to get a job.” Yet that’s what homeless people have to do to prove a local connection if they don’t already have one. If they cannot, they will be sent back to the area they come from. “Some people are happy to back to the area they came from,” he says. “But some just can’t.

They don’t want to go back to their old life or they will be in danger – some have had death threats .”

He is working with a young man who has just completed a four-year sentence but can’t go back to his home town because death threats have been made against him.

The police don’t want to know, says Lee, and neither does the council. He has managed to get him into a night shelter but doesn’t know what this 21-year-old’s next step is.

“If there was more funding for people who have just been released from prison, it would be such a big help,” he says.

Crisis agrees, calling for more government money for Help to Rent schemes which offer tenants support and help reassure the landlord that the rent will be paid. They are also calling for a national rent deposit scheme, pointing out that there is a “help to buy” government scheme – why not help to rent?

There are plenty of support schemes out there but not all work, and reoffending rates remain high.

As Buntrock of Turning Point points out: “People are also spending a long time in temporary accommodation, reducing availability to other service users.

“Until someone has an address, the initial claim for ESA benefits is difficult, as they state you must have an address. That wait for financial support also increases the risk of homelessness and reoffending.”

The answer seems so simple: priority housing for everyone leaving prison and support to make that housing into a home while they get back on their feet.

Anything else is criminal.

Priority need When applying to the council, you need to show why you are in a priority need group.
Some local councils may treat you as being in ‘priority need' after prison or remand, but only if you can show how this has made you vulnerable. NB: In Scotland the council has no priority need category.
The council should take into account mental illness, learning or physical disability, background in care, the armed forces or if you are fleeing violence.

What area? A local connection can be established by living, working, or having immediate family in the area. Time spent in prison in an area does not give you a local connection with the area the prison is in. However, if you are fleeing domestic violence, you can apply to any council.