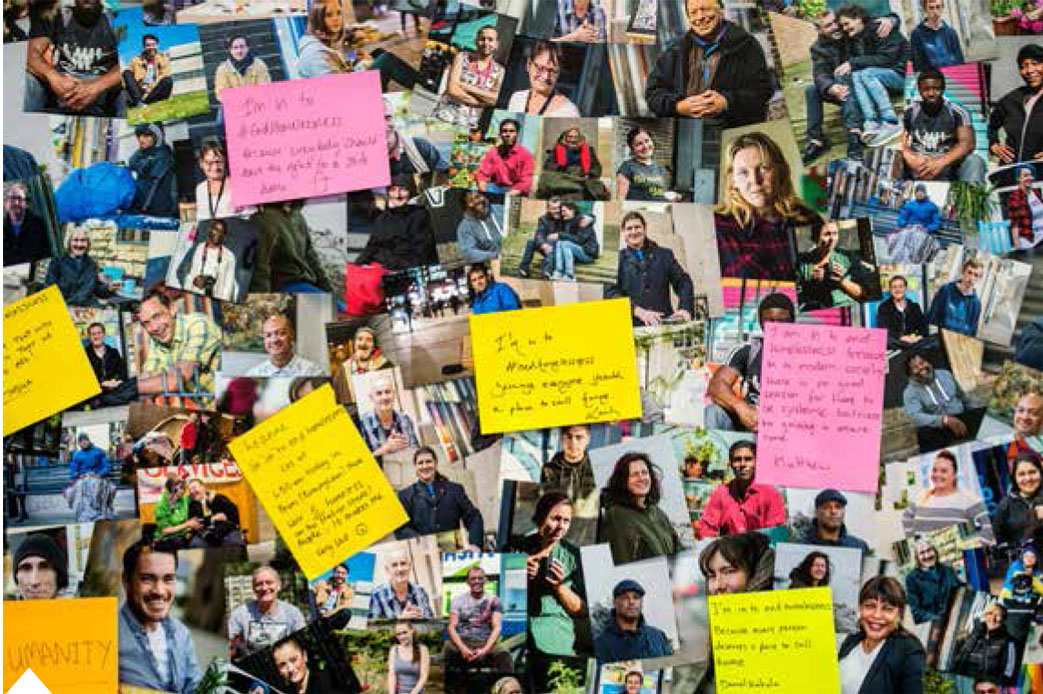 Photo wall featuring images of people who have experienced homelessness and notes from conference attendees about why homelessness must be ended. © Crisis/Aled Llywelyn
Crisis held a conference in Westminster to announce  their plan to end homelessness. Ian Kalman was there

In June, Crisis held a conference in Westminster to announce Everybody In, their plan to end homelessness.

Crisis has produced a document outlining the steps needed to end homelessness in 10 years. At this conference, Crisis Director of Policy & External Affairs Matt Downie summed up the proposal, and during the day there were workshops and Q&A sessions.

James Brokenshire, MP, the Secretary of State for Housing, Communities & Local Government, gave a speech praising the work that Crisis has done, but at no time did he actually address the proposal. He left after his speech. Labour leader Jeremy Corbyn MP also praised Crisis and said what he would do if he was Prime Minister, but at no time did he refer to the document.

At the end of the conference one of the facilitators stated that the politicians had not declared any support. So in July I contacted Mr Downie and asked him what was the next step. He told me he had recently completed a tour of the country to promote this initiative, adding it was a shame they have not gotten more political support in England. This prompted me to contact the politicians who attended the launch. I heard back from Mr Brokenshire’s press office. They said Mr Brokenshire had declared in his speech what support he will give. I then asked if Mr Brokenshire supports the initiative, but I am still awaiting that reply. I had no reply from Mr Corbyn.

It’s a good plan, but only if the Government embraces it fully.

• More on Crisis’ 10-year plan to end homelessness at www.crisis.org.uk