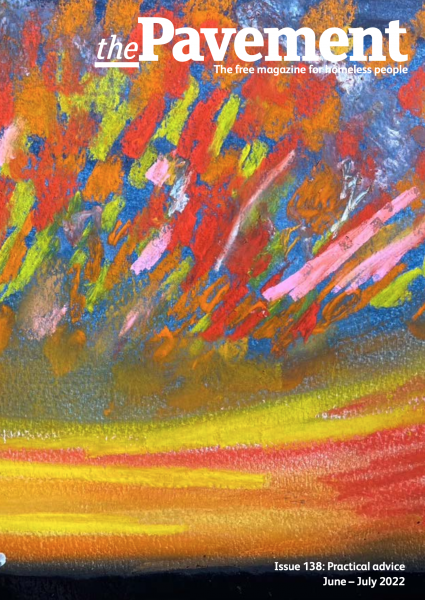 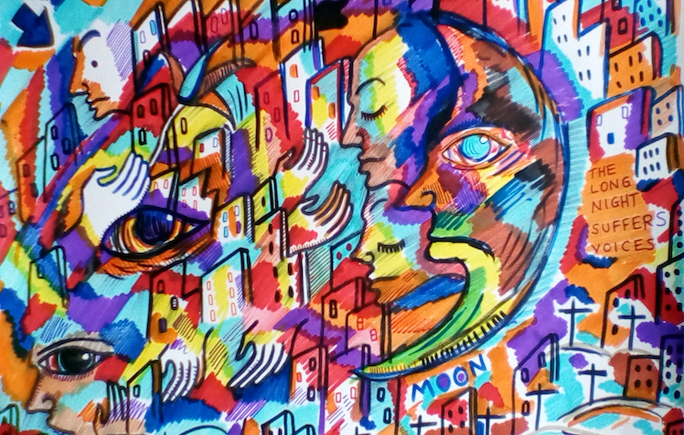 Musings and meditations on the past 18 months, after a brush with bad health.

I honestly don’t know what to make of the last 18 months. To say it’s been difficult is obvious – kind of like pointing out that a horse would find it difficult to solve the Rubik’s cube or a donkey would have problems breakdancing in custard wearing concrete trainers.

Of course, disconnecting people from each other en masse is going to lead to problems and we’re only just starting to realise how deep some of these problems run.

And just as the lockdown eased and things started to get back to normal, came my own personal shit cherry to stick on the metaphorical Covid-19 shit cake that was 2020/21. Yep, I got double pneumonia for my birthday and despite a silver lining that crossed another fantasy off my bucket list in the form of 20 nurses bringing me a lovely and very real black cherry birthday cake, the next few months were to be anything but lovely.

Covid affected everyone differently but for me at least, every reason to stop getting high quickly evaporated. There were no social occasions, but it was more than just that. There were no day-to-day interactions, no eye contact, no joy, no kids, NO FUN. My response was to become further detached and uptight as the pandemic went on, stepping back into the simple comfort of addictive behaviour to escape the episode of Black Mirror unfolding in my local Tesco.

Relapses and problem drinking followed and before anyone could utter the words Chronic Obstructive Pulmonary Disease I was smoking again, puffing like a smokestack chimney in a Glaswegian Shipyard circa 1940. (Personally I think it should be CFAIFOPD - Chronic fucking annoying incredibly frustrating obstructive pulmonary disease.) Anyway, the strain of being disconnected and the stress of dealing with constant come downs and hangovers almost killed me. Nope that ain't metaphorical, I did nearly die.

Yep, the pneumonia turned out to be some antibiotic resistant strain and the docs weren’t sure how to treat it. It’s not the first near death experience I’ve had. There have been more than a couple of overdoses and half a dozen motorcycle accidents that I had no right to walk away from. But this ‘nearly dying’ occasion afforded me the time to grapple with the deeper philosophical issues surrounding the way I had spent my life. Being stuck in a hospital bed unable to walk meant distraction wasn’t on the menu either.

Although there had been plenty of time to contemplate, space wasn’t so readily available. Soul searching can be difficult with the bedlam of intensive care and the numerous machines, each with its own alarm, ready to burst into life at the slightest change in whatever physiological response it measures. Things were further compounded by the procession of medical professionals asking, poking and prodding me every five minutes. With the pain, the fever and the constant moaning and groaning from other patients there were times when I woke up and thought I’d gone to hell.

Any hopes that the elephantine doses of fentanyl and morphine would offer some sort of escape through my dreams were shattered the first time that I managed to get some deep sleep. My dreams were ultra vivid hi-def for sure, but they offered no escape. Let’s spare you the details because, to be honest, those dreams still haunt me. Nothing knows how to scare you more than your own subconscious. Suffice to say, for now, that a lot of my dreaming had something to do with me being tied down, fastened up, bolted and/or nailed down. Hardly surprising when you consider that I was attached to a number of different machines through wires, tubes and cables but wouldn’t have been able to stand up anyway due to massive weight loss, muscle wastage and a pair of lungs that looked, on the x-ray at least, like a kid with ADHD had scribbled on them with a fat marker.

Repeated needles searching for blood, inflamed lungs, a sack of puss in my left lung lining and two blood clots in my right lung caused a lot of pain. At one point they stuck this huge needle into my back to get a biopsy and while I’m pretty good with pain it got to the point where something snapped deep inside me. I was physically, mentally and spiritually broken – a basket case wrapped inside a box, covered in concrete and buried 50 feet underground. It felt like I broke into a thousand fractured pieces, out there floating in space, unable to talk.

And that’s where Ola came in. She was my nurse and boy was she good. At first I thought she was being extra kind to me because of our shared Nigerian heritage but later on I watched her talking to another patient and realised she is just a brilliant nurse. In my feverish mind it felt like she was a giant hand that caught the pieces of me floating through space. It was in her palm where those bits of me joined up, where I became whole again. In reality, you know, on planet earth, she was making sure everyone left me alone until I had the strength to re-engage. She sorted out my pain management, tucked me in in a way that made me feel safe and just generally soothed my furrowed brow. Above all she let me know that she was there for me. That connection was deep.

It was in her presence that I started to get better. Through her and the friends who looked after me and reached out with genuine concern, I was made to realise that it’s not about the things you collect in your life, it’s about the people you connect with and the experiences you have with them. 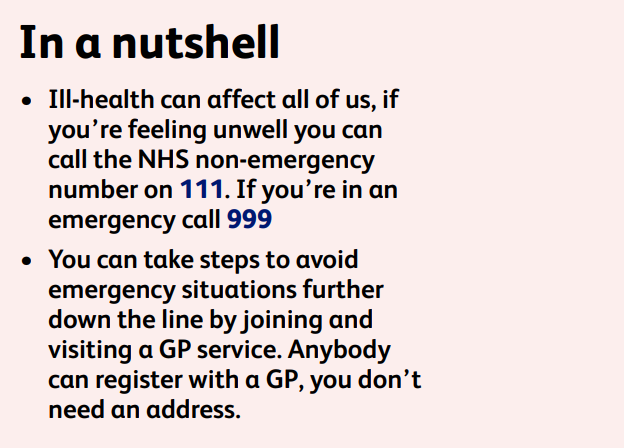