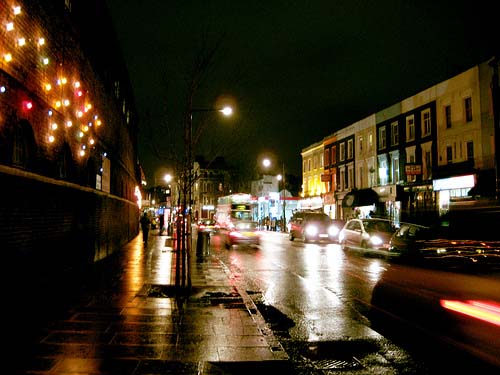 ¬¨¬© S Crubellier
Low numbers due to move-ons, say Simon Community The number of people sleeping rough in Camden has been reduced to "single figures", according to the borough's Safer Streets Team. Last month, it was recorded that just six people had been found sleeping rough in the north London borough on the last street count. These figures are thought to make Camden SST one of the most successful organisations in reducing homelessness in England and Wales, with numbers declining from more than 50 individuals a decade ago. Councillor James King, from Camden Council, said: "[The low street count] is positive both for vulnerable individuals on our streets and for the community at large, which previously suffered from street-related antisocial behaviour." However, Frankie Allwright, from the Camden-based charity the Simon Community, questioned the steep drop in the official rough sleeper numbers for the borough. "We do head counts of the whole of London bi-annually, and our figures are consistently higher than those published by the government," she said. "We are also aware of a systematic programme by Camden Council officials - in particular, outreach workers and the police - to move rough sleepers out of Camden in order to keep numbers down." Police involvement with outreach and council workers often "immediately precedes any count that takes place in order to produce the best numbers possible", she added.
< Hope House triples to cope with demand Worthing beggar beaten and left for dead >