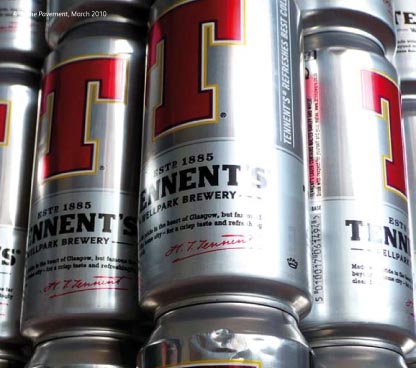 Grant Shapps, MP:
Is street drinking putting an increasing strain on the National Health Service? Every three hours, a homeless person in England is admitted to hospital for problems related to drugs or alcohol - this is the headline figure being touted by The Conservative Party Homeless Foundation in a new report on healthcare and rough sleepers.

The report, Sobering Facts, claims that 13,872 people classified as having no fixed abode have been admitted to hospital over the last five years for drug or alcohol misuse. And British hospitals are struggling to cope with this growing problem. Central London's medical centres treated the largest number of homeless patients, with Leeds and Birmingham also topping the list.

The report, released on 16 January, drew on figures obtained from 173 hospital trusts under the Freedom of Information Act, which revealed mounting pressure on the NHS from the homeless, despite Government claims that the number of people sleeping rough has fallen by three-quarters since 1988. The Department of Health (DH) was unable to shed any further light on the figures. "We have an estimate for the number of admissions of patients classified by healthcare providers as having 'no fixed abode' who were admitted to hospital with an alcohol-related condition," said a DH spokesperson. "The 2008/09 estimate was 4,592, of whom 4,287 were admitted through A&E." But being of 'no fixed abode' does not, of course, automatically mean homeless.

The Conservative paper received mixed reception in the national press, the Daily Telegraph choosing to see this as a problem with rough sleepers, whereas the Independent looked more at the growing problems of alcoholism in Britain.

The timing of the release sat neatly with party proposals to boost the price of alcohol in supermarkets, a measure The Conservative Homeless Foundation - which includes charities Shelter and Crisis - feels would go some way to resolving the issue.

Street drinking has come under the spotlight recently in London, as Lambeth Council introduced additional powers to help police issue ASBOs and move those on considered to be behaving 'anti-socially'.

MP Grant Shapps, the Shadow Housing Minister, believes it is a problem that cannot go ignored. "Failing to confront the extent of homelessness in the United Kingdom leaves our frontline services like the NHS struggling to cope," he said. "It is time to introduce policies that could start to make a difference, such as targeting cut-price high-strength lager sold by supermarkets at less than it costs to buy a bottle water."

But would rough sleepers with long-term drinking habits or addiction problems really be perturbed by 20p more on a can of lager? The report almost answered this question itself: it stated that in London, 49 per cent of rough sleepers have an alcohol problem and 40 per cent have a drug problem, but despite these figures, needs of homeless drug and alcohol abusers are not being met. In their Survey of Needs and Provision (SNAP) 2009, Homeless Link reported that 45 per cent of those interviewed told of problems when trying to access alcohol and drug treatment programmes and The Salvation Army has publicly criticised the current government's alcohol policy, as it focuses on binge drinking, rather than aiming to address the underlying health problems caused by alcohol.

In addition to this, the figures quoted in the report look at increases over five years to 2009. The total number of drug- and alcohol-related admissions of homeless people has risen by 117 per cent since 2004, the year when the Czech Republic, Estonia, Hungary, Latvia, Lithuania, Poland, Slovakia, Slovenia, Malta and Cyprus became member states of the European Union.

It may not be coincidental that the arrival group signals a rise in the need for treatment. Many of the A10 migrants who came to Britain in search of a new life have instead fallen under the radar of Government support through complex benefit exemptions. For A10s, exceptions for support from the government means that although migrants are able to get free health care, they are not eligible for income or housing support unless they have worked legitimately for over a year. As it costs around £90 for A10s to register for work, many take unregulated cash-in-hand roles to survive, and the recession has meant even work like this is scarce.

Anecdotal reports suggest that some A10s have found themselves faced with drink dependency issues, but there were no Department of Health figures on the origins of those seeking NHS treatment, nor were any of the charities working with Eastern European migrants specifically available to comment at the time of going to press.

Mr Shapps hinted that a Conservative government could impose change on EU migration policy. "There are some very good programmes up and running now to help homeless A10s return to their home countries. As you will know, charities like The Passage in Victoria are well advanced with these programmes, and it is government job to support them," he said.

"Ultimately, though, we would propose transitional arrangements on new EU entrants in order to prevent this issue for individuals in the future." Whatever the origins of alcohol or drug problems, if any government wishes to support the NHS in coping with street drinking, a long-term strategy for managing addiction, for individuals from any country, needs to be established.